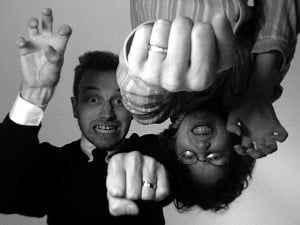 The early stages of a marriage are where the couple puts down roots and set the precedent for how their marriage will proceed. While a couple can always change the dynamics of their marriage, setting the right foundation can mean the difference between a successful marriage and a divorce. Going to couples therapy in the early stages of a marriage while the couple is still in the honeymoon stage has several benefits.

Alters The Perception of The Marriage

Therapy helps the couple to look beyond the surface and get to the true core of the marriage and helps them to better define their marriage. For instance, if the couple starts off with very little financially, they’ll have different problems when compared to a marriage in which both partners have well-paying careers. When a therapist watches how a couple interacts, he may also be able to point out certain character traits that neither individual was aware of.

Therapists can also help prevent dysfunctional marriage behavior that has the potential to lead to psychological, emotional, and mental harm. If the couple is already displaying such behaviors, the therapist can help them to interact in a more conducive manner. If left unchecked, dysfunctional behavior has the potential to turn into domestic abuse, drug abuse, and unrestrained anger.

Oftentimes in any relationship certain emotions and discussions are avoided because they may be too hard to deal with. Over time this avoidance of emotion can drive a wedge in the marriage and cause the couple to drift apart. Therapy teaches couples how to voice their emotions and thoughts in a constructive manner and in a way that allows each individual to feel vulnerable and safe at the same time. Not only is this beneficial for making sure that emotional needs are addressed and met, but it also helps the couple to feel closer to each other.