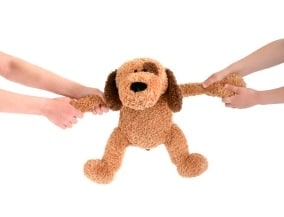 As adults, we often remind children to “Share!” with one another, but how often do we make the conscious effort to share with those around us? A few evenings ago, when my family and I were sitting on my parents’ porch, our neighbor pulled into the driveway to do just that. He explained, a little shyly, that he had just come from a friend’s house and this friend, who works as a baker at a popular local bakery, had given him an enormous box filled with the day’s leftover bread. There was no way he and his wife could eat it all, he said; would we like some?

The box was piled high with round sourdough boules and long loaves of swirled, marble rye. There was fresh white sandwich bread and golden-crusted bread studded with raisins and nuts. I forgot all about my less-refined-flour, more sprouted-whole-grains kick and happily dug in.

More neighbors were called over. There was oohing and ahhing over loaves (and a little explaining about the bread surplus). For the next hour, as my kids scooted up and down the driveway in their little plastic cars, neighbors from up and down the block arrived at his house across the street and left, grinning, with a bag of bread. It was lovely to see how this simple act of sharing could bring a street together and spread so much cheerfulness, spark so many conversations.

Our neighbor is someone we greet when we’re climbing into our cars for the day, but our relationship doesn’t go much further than that. He seemed a little apprehensive about bringing his box of bread to us, perhaps wondering what we would think, or if it was the appropriate thing to do. His kindness won, though, and spread up and down the street with the floury loaves he passed out.

So often we don’t take that first, unsure step. We don’t always feel comfortable sharing, whether it’s extra food, time or emotions. Sometimes sharing can be intimidating, especially in a culture that celebrates rugged individualism and do-it-yourself prowess. We might feel like we aren’t in a position to give, if we think about sharing in financial terms, or we might worry that our attempts at sharing will be taken as charity, something not everyone is comfortable receiving.

When we do share, though, be it through donations or time spent, or even the gift of a shared conversation or listening ear, we share more than we think we do. We share connections. We subtly remind ourselves how we are all connected, how we all share this earth, this air, this world.

I spend so much time (too much time) reprimanding my kids when they don’t share – “Think about how you would feel if you couldn’t play with it!”, “Those toys are for everyone” – and way less time simply pointing out how nice sharing is, for everybody involved.

When my daughter passes a baby doll to her brother and his face lights up, that’s the moment I need to point out to her. The happiness her simple act of kindness brings to him. When my kids break off a piece of cookie and offer it to me, saying more than just “thanks” will let them know how much I really appreciate it. Because sometimes, it is easier to not share.

To throw out those old clothes instead of donating them. To sneak that last brownie before your spouse finds it. To pocket that change instead of throwing it in the tip cup. When we do share, though, whether it’s a little thing like quarters or a big thing like a helping hand, we give more than the tangible thing we are offering. We give love, compassion, courtesy. We let others know we appreciate them, that we are thinking of them. That we care. That we are all in this together. And those kinds of things – compassion, appreciation, acknowledgement – are the best kind of things to share.

Don Dulin is the founder and main author on Unfinished Success, a personal development website whose goal is to help you be the best you. By making small changes everyday to who you live life, you can live your best life. You can learn more about him here.