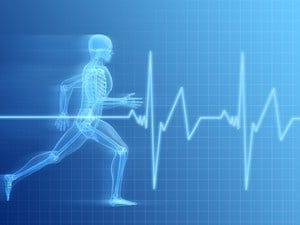 Lymphedema, the swelling that occurs when the lymphatic system cannot properly carry and process fluids, is a common condition in people who have been treated for cancer. It usually occurs in the arms and legs, and the swollen area often is hot and sensitive to the touch. Although with time lymphedema may be reduced, there can be lingering swelling for years.

The development of cancer relies strongly on the lymphatic system, making it a primary target for malfunction. Because infected cells are carried through the lymph fluid and filtered in the nodes, oncologist commonly recommend that they be removed during the process of cancer treatment. This disturbance in the lymphatic system often leads to the swelling of lymphedema. Indeed, during cancer treatment, one of the things doctors monitor is the circumference of arms and legs in order to recognize the development of edema.

Cancer survivors who feel as if their limbs are heavy, itchy or painful might be displaying symptoms of lymphedema. If they received radiation as part of their cancer therapy, they are more likely to develop swelling, even after they have recovered.

Small Trauma Can Trigger It

For patients who have undergone radiation and other cancer treatments, a small cut to the skin or infection can trigger a reaction in the lymph system that may lead to swelling. Even for people who have not had cancer, a small ailment such as a sunburn, bruise or sports injury may result in a lymphatic system that’s out of whack and the swelling that follows. Because the lymph system is the filter by which our bodies rid themselves of bacteria, viruses and other waste products, it is particularly susceptible to problems.

Although there is not an outright cure of lymphedema, there are several things one can do to minimize its effects or treat certain manifestations. For example, many breast cancer survivors prefer to wear compression sleeves on their arms and legs to hinder swelling. Exercise is another simple solution, as is surface-level skin massage. Switching to a diet that is low in fat, salt and alcohol but high in fiber, fruits and vegetables is highly advised.

In addition to diet and exercise, people at high risk for or who have lymphedema should do everything they can to avoid infection such as avoiding cutting themselves, washing their hands regularly and wearing insect repellant to avoid bites. They will be more comfortable if they stay away from tight clothing, jewelry and shoes, and they should avoid trying to lift heavy things with any affected arms or legs.

Previous Post: « How To Complain And Get Results
Next Post: How to Break The Cycle of Not Being Good Enough »