Home | Personal Development | In Praise of Process Based Praise?
42shares

Cruising down the sidewalk on her training-wheeled bike, my daughter pedals toward me, grinning. I wave at her and start to call out “Great job!” but change it at the last minute to “Look at you, balancing on that bike!” Why the sudden correction in my praise? Does it really matter if I say “Great job!” or specify what I think she is doing well? Apparently, yes.

Process based praise is being held in high regard these days, with studies showing that children whose parents used praise based on their behavior and efforts instead of the results of their performances had stronger self-images and were more motivated and willing to take risks (in the safe, positive sense of the word).

Personally, I think it just makes sense. True, I’m still going to tell say things like “Great job!” (as well as “You are the best kid ever!” or “You’re the handsomest guy I know”- to my husband, that is, not my kids), but praising someone for their hard work and effort rings true to me. It shows them that I am paying attention to what they are doing, not just sticking a choice phrase on at the end of a performance. It encourages effort.

It also takes more effort on my part, which is why it is something I have work at daily. Is it awful that I sometimes (OK, lots of times) say things like, “Wow! That’s so great!” at the end of a way too long, rambling toddler story that I haven’t listened to a word of? What if, instead, I actually paid attention and responded with something that showed my interest in my child’s words? I’ll admit that there will always be times I just have to tune out (as anyone with a very verbal youngster will most likely understand), but using processed based praise requires me to give a little more of my energy and attention to the good things that the people around me are doing, and that is definitely a good thing.

In Praise of the Positive Process

I can use positive, process based praise with everyone, not just my kids. Which comment would ring true and mean more to a spouse – “Thank for food shopping; you’re the best!” or “You got the groceries after you worked all day? Thank you so much.”

These types of positive, processed based praise statements can even be simple assertions of what we are observing, “You are eating so much of your dinner!” or “You made the effort to get here early; thank you!” When we acknowledge someone’s effort with a positive statement, they are more likely to make the effort again.

We’ve validated their hard work and their time spent, and will most likely see more hard work from them in the future because of it. We may also start to notice just how much effort those around us really do put in, and feel ourselves becoming more appreciative of and happy about the people around us because of it. 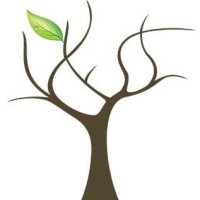