The interesting thing about worrying is many times, the things we focus on have a habit of becoming true. When I was little, we didn’t have air conditioning. Each of us had a window fan to blow the cooler nighttime air on us as we slept during the summer. I’m not sure why, but as September rolled around, I would still keep my fan on in the window. Nighttime temperatures would go down into the low 60’s or upper 50’s. Having that air blow across your body will get you cold in no time.

On a related note, there is the story of a man that was locked in the back of a refrigerated truck. He banged on the door, trying to get someone’s attention to let him out. Unfortunately, no one heard him. He knew that he wouldn’t survive the night in the cold, but he tried. He curled up in a ball trying to stay warm, but all he did was focus on the cold. He pulled out a pencil and a piece of paper and wrote how cold he was. By the time morning came and workers found him, he was frozen to death. The catch though is that the refrigeration module on the truck was broken. The temperature never went below 70 degrees. But he thought that it was freezing and ended up passing away from the cold. His negative thinking led to his demise.

What is the lesson in these two stories? It’s that our thoughts have a profound effect on our lives. When we worry about things, we help spur those things into becoming a reality. Once we realize that worrying is the same thing as negative thinking, we can begin to change our thoughts to focus on the positive and have good things happen to us. 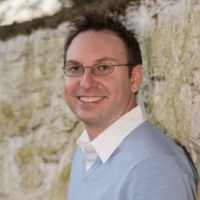